Originally from the Indian subcontinent, the water buffalo was introduced in the northern provinces of Argentina in the first decade of the 20th century. It was later introduced in La Pampa where the thick forest of Calden trees provided a perfect habitat for the specie.

Big males can weigh around 2,600 lb and are known as the world’s largest bovines. Females are smaller and rarely exceed 2,200lb.

A large part of the water buffalo’s envelope is either devoid of hair or stiff with very short hair. Its color is black. 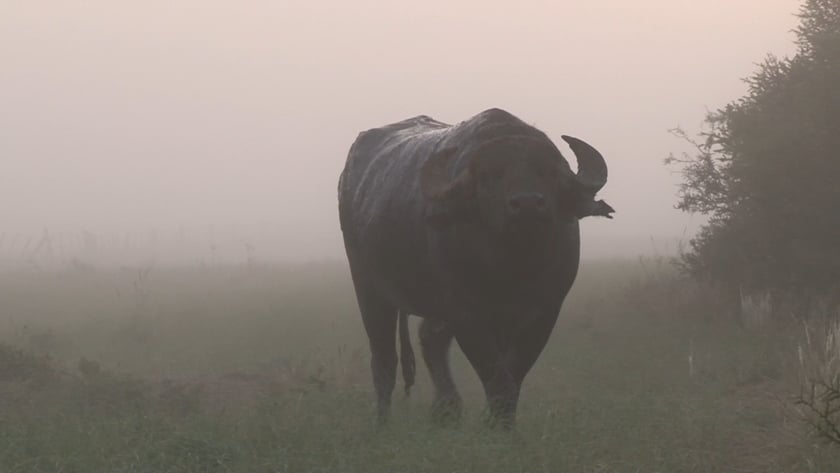 The wild boar (aka “jabali”) was introduced in Argentina from Europe around the same time as the red deer. The species is now one of the widest-ranging mammals in the world and is notable for its adaptability to a diversity of habitats. An adult boar can weigh up to 320lb.